Insurance - Or "How To Find Nude Beaches In Southern Florida" 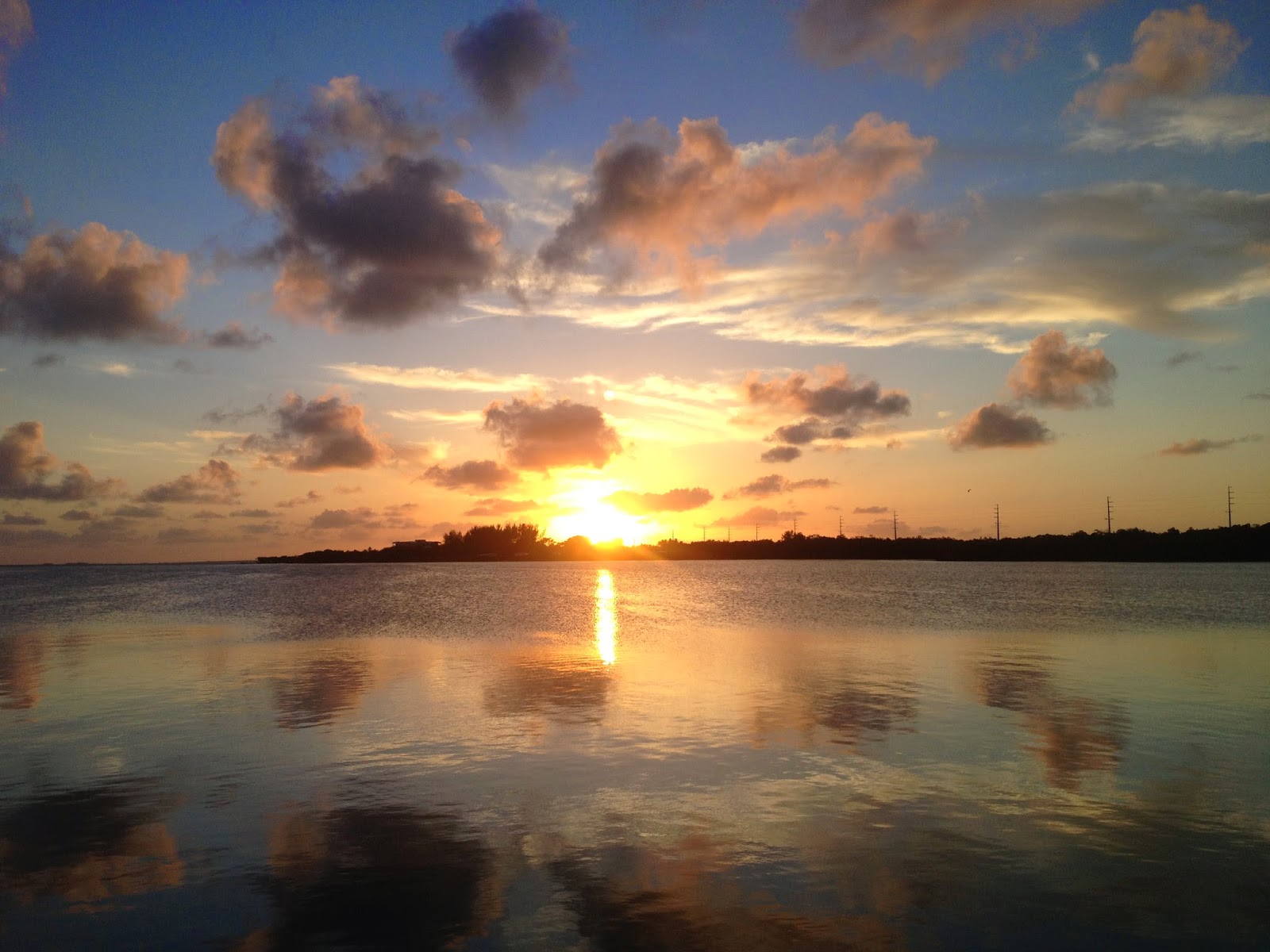 We left St. Louis three years ago with no automobile insurance, as we had no car, but we had auto insurance. Sounds simple, but it's not. Try getting auto insurance without owning a car.
We obtained what is called a "Non-owner Auto Policy" through State Farm. What that covers is our liability in case we rented a car, or borrowed one. (Be aware that a non-owner policy doesn't cover collision on the vehicle you are renting or borrowing.) We began paying around $600 per year to cover our "assets" in case of an accident. Each year the premium kept going down, but we recently received our insurance premium and it had gone up to a level higher than we were originally paying. It was time to make a call.
For the Loopers out there, you should be aware of the common practice of marinas allowing the use of a "loaner car" when staying at a marina. We did this on occasion while traveling along the inland river systems as we made our way to Florida. Mention a free loaner car at a marina in Southern Florida, or the Keys, and be prepared to be laughed out of the place. Hence, we haven't borrowed a vehicle in over two years. Maybe we didn't need the non-owned auto policy any longer, especially now that we have our scooter. (Which is insured entirely separately than a car.)
We called our State Farm agent that we found once we became Florida residents and she immediately suggested that we cancel the non-owner policy, as we weren't even renting, or borrowing, a car. The price increase was due to an overall increase across the board at State Farm, it had nothing to do with us. But we did some research anyway.
Rosie called a local auto leasing company to get some prices on their insurance coverage. Now, if you have an automobile, your policy may cover any loss of the vehicle you are renting, but if you have no car, like us, it is prudent to buy collision coverage when you rent the car. It's not cheap. For example, Rosie was quoted a cost of $37 per day for insurance coverage if we wanted to lease a car from the local outfit. $25 of that coverage is for collision, which in our case, we'd have to get anyway. The extra $17 is to cover our liability. So the math equation goes like this; how many days would we have to rent a car and pay that extra $17 (remember, we have to buy the collision insurance anyway) before it comes to the amount we pay to State Farm annually, which is over $600?
Let's see; divide 600 by 17 and we get a tad over 35. So we'd have to rent a car for over 35 days a year before we would save any money by having a non-owner State Farm policy. (I'm not mixing borrowing a car from anyone in the equation here, we're just not going to do it.)
Since we haven't had the urge to travel in a car anywhere in the last three years, and no one has been clamoring for us to come visit St. Louis lately, requiring us to rent a car, per the advice of our State Farm agent, we're not renewing the policy at the end of the month.
"Wait just a cotton pickin' minute," you are saying. "What's this business of nude beaches in Florida?" Well...finding a nude beach anywhere is easy; you drive around in your boat until you see naked people on the shore, then you drop anchor and join them.
How else was I going to get you to read an article about insurance? 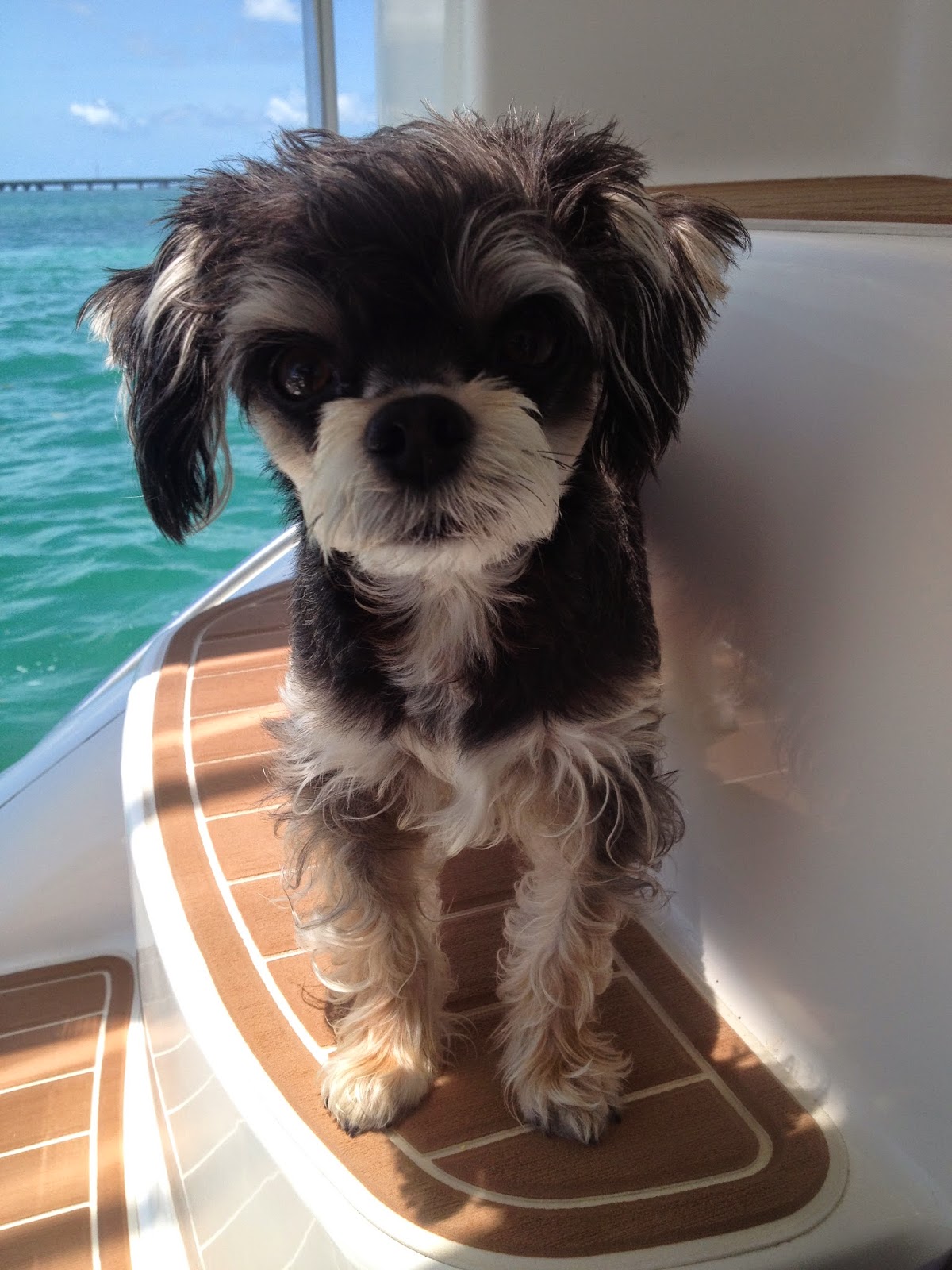 When we bought our Yamaha Zuma scooter a little over a year ago we were living at Stock Island Marina Village very near to downtown Key West. We wanted something to run from the marina to downtown, as the Yuba cargo bicycle was proving to be problematic, especially after a long day at Dante's pool or a visit to Duval Street.
We didn't even consider ever putting the scooter on the boat, but once I started thinking about what we would do with the scooter if we decided to move, or how the Zuma might fare during the potential high water of a hurricane, I measured the Zuma and found that it would fit perfectly in the cockpit of Swing Set. I bought some foldable motorcycle ramps and when we put the Zuma on the boat for our trip to Marathon, the procedure went flawlessly.
But after the first few trips between Marathon and Key West, we found that the Zuma is lacking on a couple of key points. The first point is that with both of us on the scooter the top speed is just meeting the 55 M.P.H. speed limit on A1A, and that's according to the speedometer. A stiff headwind reduces that figure by 5 to 10 M.P.H., and the "hump" on the Seven Mile Bridge seems like climbing over the continental divide on I-70. The other issue is the suspension: Our combined weight (ahem, over 300 pounds) is too much for the non-adjustable rear shocks. When we add Holly to the passenger list, the Zuma is struggling.
We don't want the added complications of an automobile, although I've been thinking about getting a compact car. I have to keep reminding myself that not only would having a car greatly inhibit our ability to pack up and go whenever we want, the parking in Key West for a car is expensive and hard to find. (Parking for a bike or scooter is free and abundant.)
I started wondering if Yamaha would start making a scooter to fit into the model void between the smaller scooters and their bigger bikes, like the 150cc Hondas and the 200cc Suzuki Bergman.
We had an appointment for our yearly checkups at our new primary care physician in Key West last week, and after our doctor visit I decided to pop into the local Yamaha dealer in Key West to see if any new models were on the drawing board. 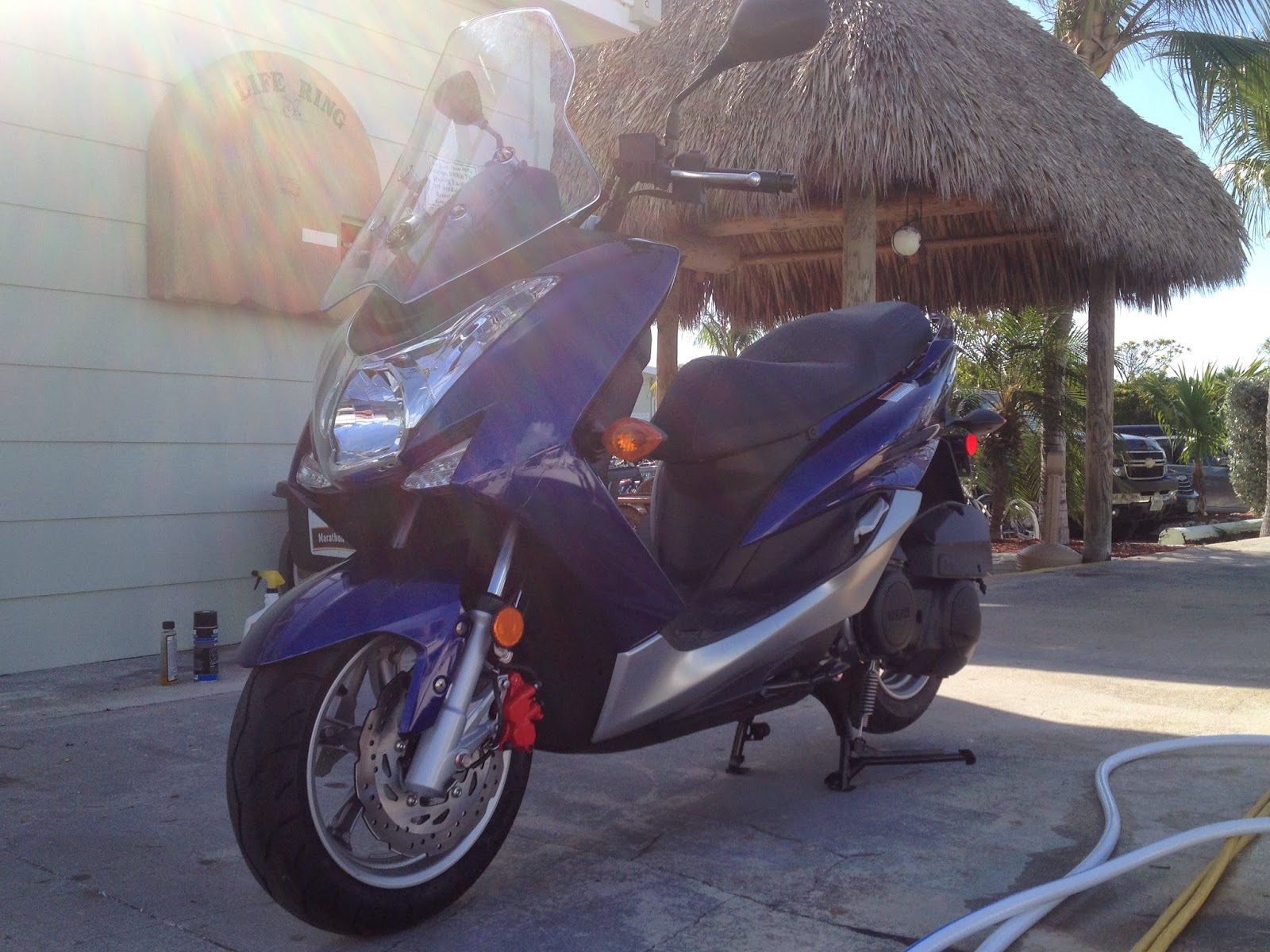 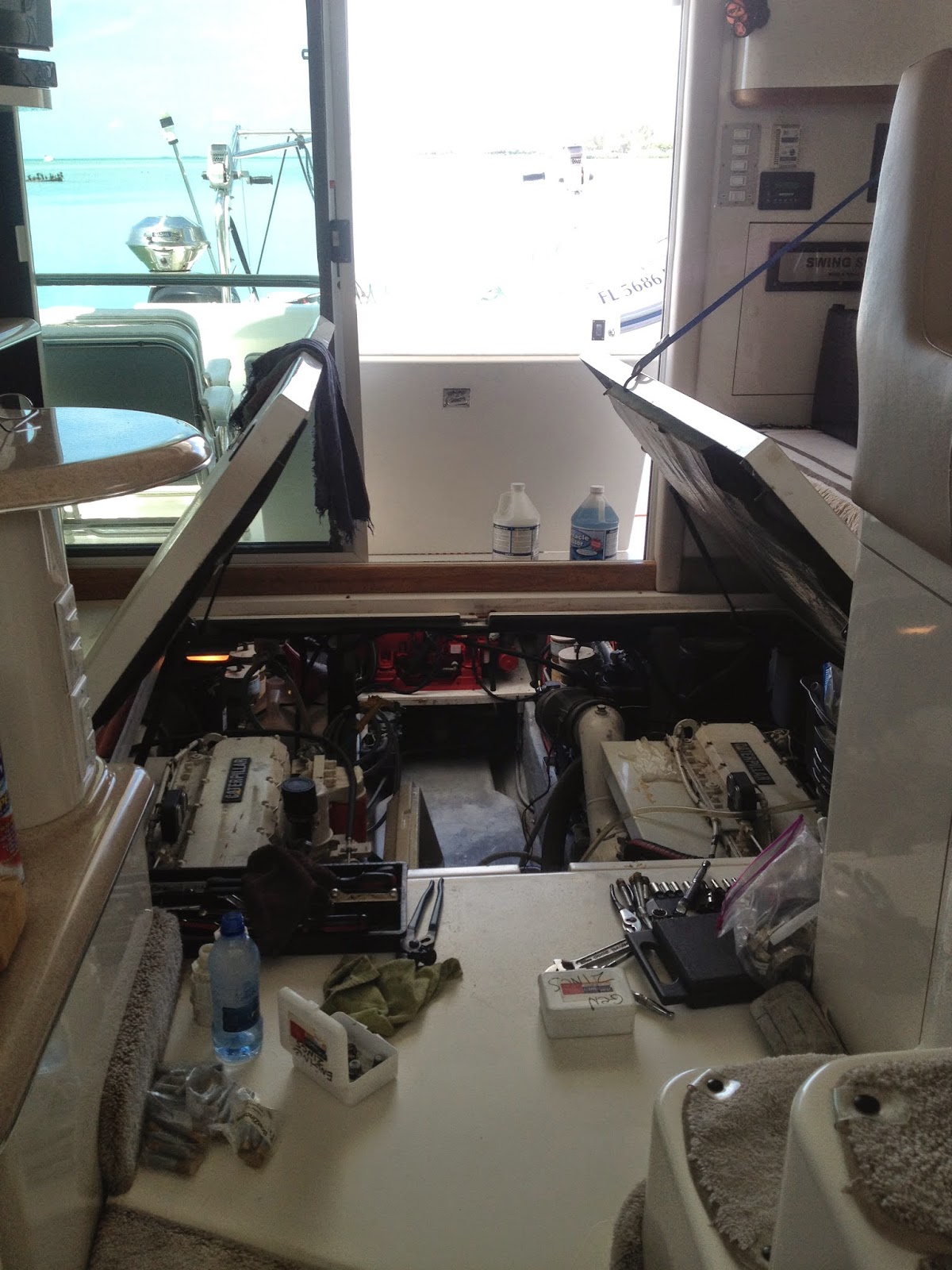