Wow. I know it's been a long time, but I see that this January will be two years since I've posted a new blog. I have reasons.

I guess the primary reason is that outside of our last trip to Marco Island, we haven't "been anywhere", except anchoring out on weekends and poking around in our dinghy occasionally. 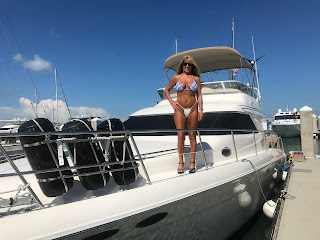 Last month we logged two years at the Clearwater Harbor Marina, and we are happy with Swing Set being berthed at that marina, mostly for the floating docks, but the rent is reasonable and there are things to do within walking distance of the boat.

We have quick access to open water, so when we venture out in the "big boat" or in the dinghy, we can set a course to just about anywhere no matter which way the wind is blowing from.

Maintenance issues continue with Swing Set, as they will with all boats, especially ones that are nearing 24 years old. This year we installed all new AGM batteries (eleven of them), had our inverter rebuilt, and installed a new de-humidifier. I did manage to learn how to control our power usage to avoid heating up our shore power cords due to the long run we have from the pedestal to our shore power inlet on the boat. We are using three sets of cords to allow docking bow in, so if we don't lower the power demand, we can heat up the plugs and melt them. The plugs can heat up without tripping the breakers, so it's a matter of turning off one air conditioner unit if we use the convection microwave, or electric cooktop.
I could go to a single 50 amp cord, but I'm using what we have with a large degree of success, and when I say "melting the plugs", I mean over a period of time. There is no fire hazard. Check your shore power plugs. If you see evidence of heat it's because you're carrying too much electric for a long distance.

Otherwise, we're keeping Swing Set shined up, oil changed, zincs replaced, and most troublesome, keeping the bird poop off of it.

I've been flying a Canadian Goose decoy on the dock. An outfit called Jackkite sells various bird decoy "kites", but the goose flys the best. This kite does a decent job of warding off the hordes of gackles that gather on all the boats at dawn and at dusk. It also scares off most of the pelicans and gulls and pigeons too, to a degree. Can't do anything about the flyovers though.

One thing that has kept us from any extended cruising is that I've taken over the management of my fathers health related appointments and paying his bills. A year ago he moved into an assisted living facility back in St. Louis and he has a lot of issues to manage. Rosie has been a great deal of help, and we don't mind missing out on extended cruising at this time because we are helping my dad.

So, power or sail?
Last weekend we were heading back home and another resident of the marina saw us packing up at the parking lot and said, "Power or sail?"
I thought to myself for a few seconds, and couldn't help myself when I said, "We have a powerboat, but what difference does that make to you?"
The fella went on to remark as to how he never had much use for powerboats, that he liked "messing with the sails and such", among other things. It's not like I asked him anything.
I told him that in all my years of boating, I never asked anyone whether they had a power boat or sailboat, that I was just happy that they had a boat at all.

This apparently nice man probably won't engage me in further conversation, and maybe I was too short with him, but we occasionally get the feeling that we are looked down upon by the sailboaters, and that is probably an unfair assumption too.

I can tell you this; Swing Set or the dinghy is out of the slip two or three days out of the week, and there are plenty of sailboats at our marina that have never left their slip since we've been here.

Whatever you have that floats, big yacht or paddleboard, get out and use it. Time is waiting for no one, as they say. I know we are not being cheated by it.